We Think Hockey, To Play Hockey 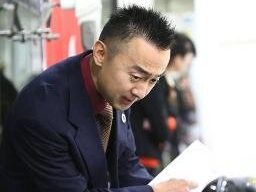 The first and only Japanese professional hockey coach in the U.S.

Hiroki has coached some Japan’s National Team goaltenders such as;

Some of his goalie students in North America are playing in Junior, college and professional level.

Hiroki is also working with the world famous skating guru Boris Dorozhenko as his goalie coach in his camps around the world.